Swarming season means it is time for honeybees to reproduce. Swarming takes place for more than two to three weeks at a time. Sometimes there are after-swarms which are secondary swarms that occur accompanied by a virgin queen.

So, what time of the year do bees swarm?

Swarm season is usually expected during late Spring, this is between April and May. This is the time of the year when bees reproduce and discover new places to build their hives. You will notice it a swarm when you see thousands of bees hovering on trees and houses looking for a new place to start fresh.

While homeowners may find this a stressful predicament, smart beekeepers will want to know what time of the year bees swarm so they can potentially collect the swarm and start a new hive.

For many, seeing bees swarm can be an alarming sight. To truly understand why bees swarm in such a daunting fashion, it is important to first understand how honeybees reproduce.

Every hive has one queen bee. The queen bee sends out a pheromone so that the other bees do not make any more queen cells. During the springtime, the hive grows enough to confuse some of the drones who do not get exposed to the pheromone to make new queen cells.

A beehive with multiple queens results in swarming. That means the queen will take most of the worker bees with her to find a new home.

But why do bees swarm particularly in the spring? Beekeepers believe it has to do with the warm weather in March (when the bees strengthen in numbers) which is followed by a slightly cooler spell in April and then warm weather again which is the bees cue to swarm.

Do Bees Swarm at Night?

You may have most likely encountered the Apidae bee family since they are the most common. This bee family includes carpenter bees, bumblebees, orchid bees, stingless bees, and cuckoo bees.

But do these bees swarm at night?

Yes, they do. There are plenty of reasons why bees decide to swarm during the nighttime. In arid areas, night time offers moisture which is welcomed by the bees. The cover of darkness also helps bees avoid predators. If a swarm can settle before the sun is up they can easily avoid potential threats from birds and hornets.

While bees swarm, they may get attracted to light from a nearby garden or porch. As a beekeeper, if you are looking to attract a swarm you can use this as bait. As a homeowner, it would be a good idea to turn off all outdoor lights during the swarming season.

Bees that swarm at night still need their sleep. Honeybees require between 5 to 8 hours of sleep. When they are asleep their wings are closed, their antennas are stationary, and their body droops. 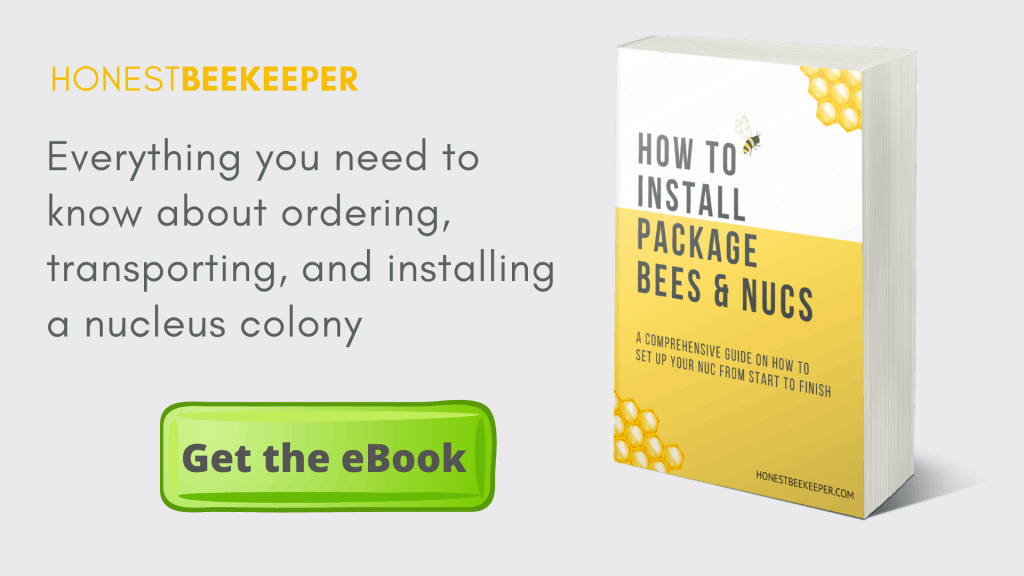 What Time Of The Day Do Bees Swarm?

Bees that swarm during the day, usually do so during midday. If it’s raining they will halt and then emerge afterward when it is sunny again.

It is important to understand that swarming is, in fact, a positive event. A bee colony functions like a whole organism. Their collective wisdom outweighs individual awareness. Bees do not simply swarm to find more space, but also to reproduce.

Reproducing an entirely, new colony from one is a natural event. In recent years honeybee colonies have been under severe threat with their numbers depleting in the United States.

There are always signs that you can look out for when answering the question of what time of the day do bees swarm?

As a beekeeper, if you notice that your bees are expanding rapidly, they may be forced to swarm.

The duration of swarm lasts until bees have found their ideal site for nesting. A good location is one that has enough space to accommodate between 15 to 40 liters. The area should have adequate cover from the elements while also receiving enough warmth from the sun so that the colony can thrive.

A good location would have a small entrance, ideally at the bottom. It is also important that the site is not infested with ants. If the swarm can find an abandoned honeycomb, they will always prefer to nest there.

The swarm has its own bee scouts. Individual bee scouts set off to search for places for the entire swarm to go. When one finds a suitable location, the scout returns and dances to attract other scouts to check it out as well. Upon returning, the bees will pitch what they have found to the rest of the swarm. The decision-making process in itself is a comprehensive one. Several locations are scouted and promoted before a decision is taken. Usually, 80% of the bee scouts need to agree on a particular area before making a final decision, otherwise the bees will lose confidence in an area.

Once a place is chosen, the scouts will join the swarm and lead them to the location. 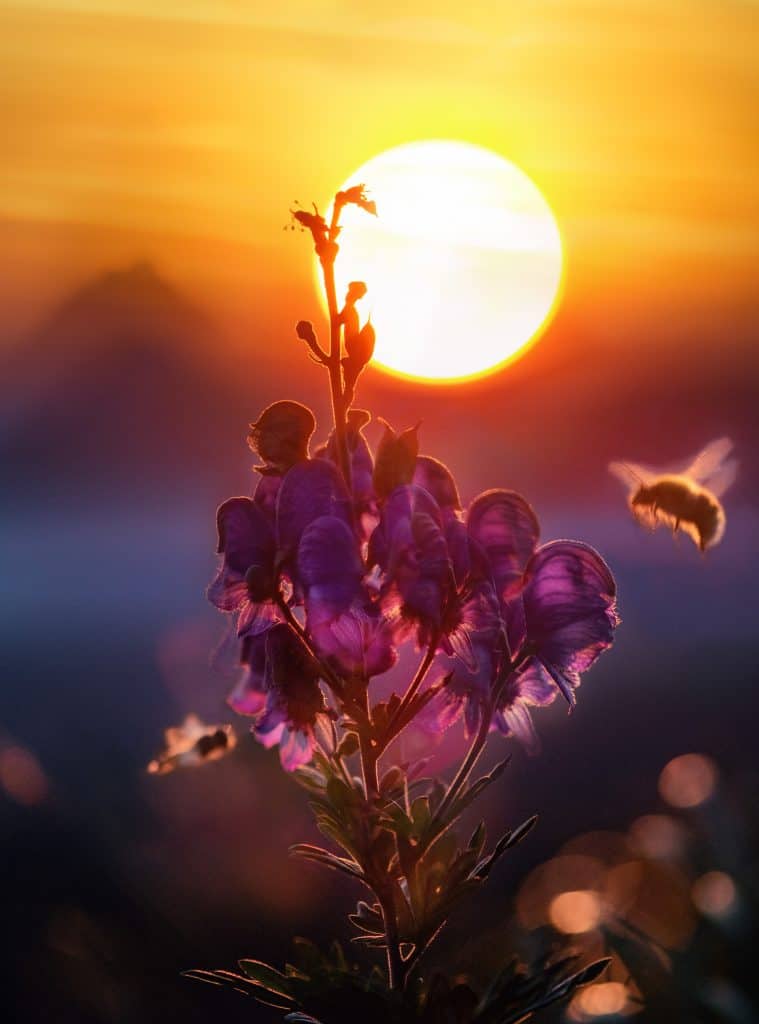 What To Do When Your Bees Swarm

Bees swarming is met by several reactions. Beekeepers are usually on the lookout for collecting a new colony, while homeowners wonder how to avoid the swarm from coming close to their homes.

During swarm season, it is a good idea to look for station clusters. Since queen bees are too heavy to fly long distances for too long or at the same pace as the others bees,  the swarm the may stop at a nearby tree branch or structure while the scouts find a location for them to fly to. This can take days or it can take as little as a few hours. A station cluster should not be confused with the final nesting site.

There are several things you can do if you wonder what to do when your bees swarm. As a beekeeper, you can always take control and prevent your colonies from swarming. One of the popular ways most beekeepers do it is by clipping the wings of the queen. This way, the swarm has no choice but to gather outside the original nest.

Remember that bees swarm when they feel their brood has grown enough and they have produced plenty of honey. A good idea to control swarming is to replace honey frames with empty ones so that the bees remain occupied with the task of storing honey. Beekeepers call this tactic checker-boarding.

Apart from controlling a swarm, allowing a swarm to happen allows you to begin a brand new hive. Many different methods can be used when it comes to capturing swarms.

The first time a swarm settles as a cluster, place a sheet on the ground right under the cluster and place a nuc box near the bees. Then spray the bees with a sugar solution so that they are too heavy to fly. The next step is to shake the cluster branch. Most of the bees will fall off the branch including the queen bee. The others who can fly will look for a dark place of refuge, the closest being the opening of the nuc box.

It is important to note here that this only works under broad daylight.

If you are someone looking for a fresh swarm, a good idea would be to connect with the local beekeeping community. If you have no luck there, homeowners usually report a swarm to pest control agencies or the fire department. If you let them know that you would be happy to take a nest off their hands instead of them having to dispose of it, they may happily give you the information.

People are usually frightened by a swarm of bees. It helps to note that during this lifecycle the honeybees are least aggressive. This can be traced to the source of the lack of brood of the swarming bees. However, if bees perceive a threat they will not hesitate to attack.

A few notes to detect swarms include knowing that honeybees are likely to swarm when the sun is directly shining. Bees usually swarm close to their nests, which means if you have detected a swarm, there is a nest that has escaped you nearby. 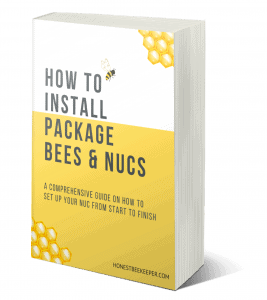